THE GIRL YOU THOUGHT I WAS cover!

This morning, Jen at Pop! Goes the Reader revealed the cover for my upcoming book, THE GIRL YOU THOUGHT I WAS! This is my second book with HarperTeen, and it's due out on July 31, 2018.

I'm so thrilled with what the cover design team came up with. Isn't it pretty? 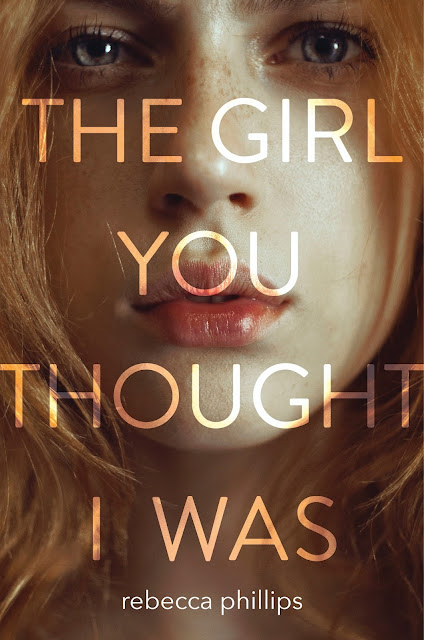 
No one looking at Morgan Kemper would think that she had a secret — at least not one that she was deeply ashamed of. To everyone she meets, she comes across as pretty, sweet, and put together. But Morgan knows that looks can be deceiving. For over a year, she has shoplifted countless pieces of clothing and makeup. Each time she tells herself it will be the last, and each time it never is.

But when she is caught and sentenced to thirty hours of community service, the image Moran has carefully constructed starts to crumble. She is determined to complete her punishment without her friends discovering the truth about her sticky fingers, but that is easier said than done… Especially once she meets Eli, the charming, handsome nephew of the owner of the charity shop where Morgan is volunteering. Soon Morgan is faced with an impossible decision: continue to conceal the truth, or admit that she has lied to everyone in her life, including the boy she is falling for.

Don't forget to add The Girl You Thought I Was on Goodreads! Preorder links should be up soon too, not to mention ARCs and giveaways and maybe even some book swag!


Posted by Rebecca Phillips at 1:01 PM

Email ThisBlogThis!Share to TwitterShare to FacebookShare to Pinterest
Labels: cover reveal, The Girl You Thought I Was