The day I've been waiting for...well...forever? 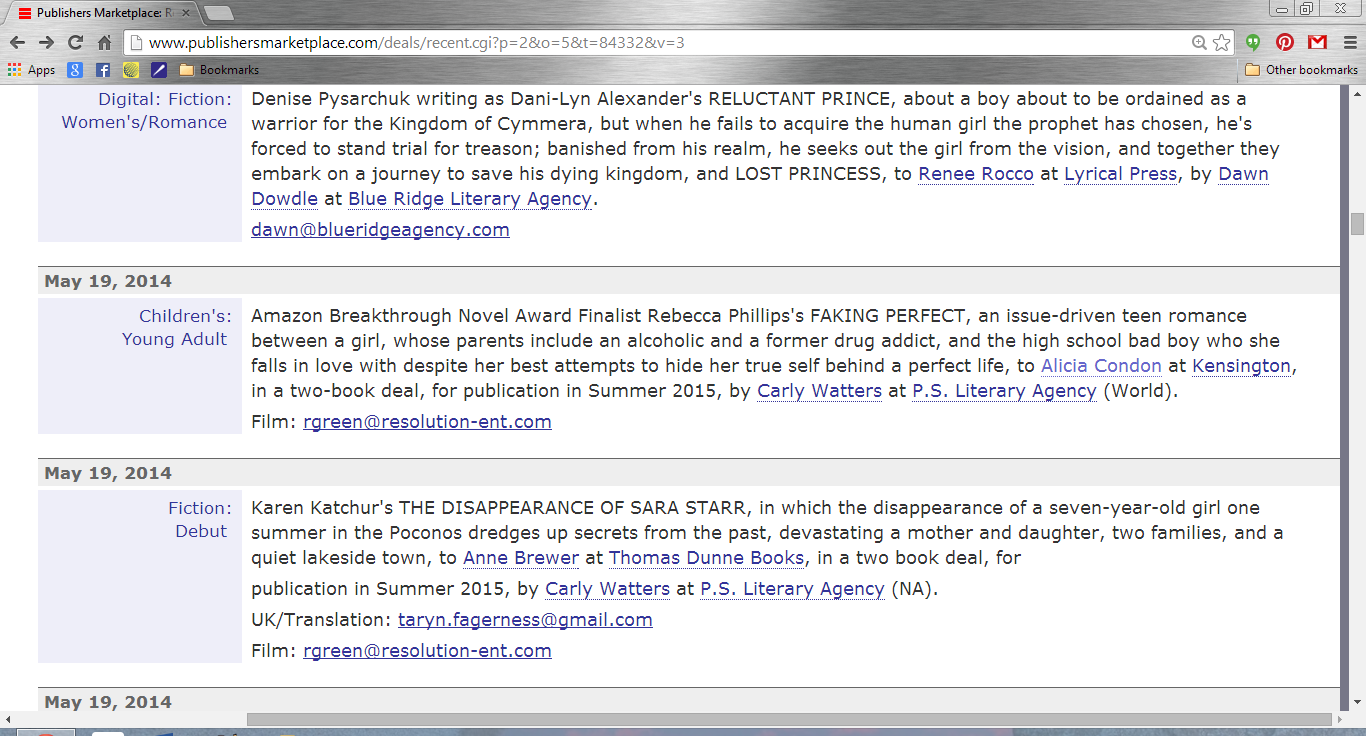 Can you read that? The middle one? Yes, that says I have a two-book deal with Kensington Publishing and my YA novel, FAKING PERFECT (which is the book I think I'm most proud of) will be out in Summer 2015.

I know it sounds corny and all, but this is a dream come true for me. I've known about this for weeks, but much like two years ago before the big ABNA announcement, I couldn't tell more than a few people and it was TORTURE. Now that's it's finally out there, I can say I HAVE A BOOK DEAL!!!

Most of my thanks has to go to my amazing agent, Carly Watters. She worked her butt off for me and never quit. We did it!

What is FAKING PERFECT all about, you may wonder? Well....


When seventeen-year-old Lexi Shaw seduced Tyler Flynn at the beginning of senior year, her rules were perfectly clear: keep the relationship a secret, avoid each other around school, and most importantly, never get attached. But Tyler, school burnout and all-around bad boy, has never been one to follow the rules.

For Lexi, keeping secrets is imperative. After changing her image in tenth grade, she joined Oakfield High’s brainiest and most admired clique, led by overachiever Emily and brilliant, perfect Ben, the most sought-after boy in school and the object of Lexi’s unrequited crush. Her friends would never accept the real her, with the bad-girl ways she doesn’t always resist and an immature mother who’s too distracted with her creepy new boyfriend to remember to pay the bills. But her biggest source of shame is her father, a drug-addicted musician who abandoned her when she was four. The only person who knows the real Lexi is her neighbor and childhood friend, Nolan, and that’s the way she intends to keep it.

Inevitably, Lexi’s secrets begin to unravel, threatening the perfect image she worked so hard to build. Tyler starts to get attached, her friends become suspicious, and if all that isn’t stressful enough, she reconnects with the father she hasn’t seen or spoken to in thirteen years. Growing up, she heard countless stories about the terrible things he’s done. But as Lexi gets to know him—along with Tyler and Ben too—she discovers there are two sides to every story, and people aren’t always what they seem. And maybe the gap between who she is and who she wants to be isn’t as wide as she thought.

I had a ridiculous amount of fun writing this book and I'm excited for you all to read it!
Posted by Rebecca Phillips at 12:06 PM 1 comment: