I think it's time for another round of Indie Gems!

Again, I dug for--and found--some shiny nuggets of gold in the giant mine that is Amazon:

Remember When by T. Torrest

Young Adult Contemporary. This one was a rare find. I downloaded this as a freebie a while ago, not expecting much. But what I got was a sweet, sexy, well-written romance that I could not put down. I thoroughly enjoyed it. It was a pleasure to spend time with these characters. And it's set in the 90s, when I was a teen. The sequel to this is out today and I can't wait to read it.

Young Adult Fantasy. This one has romance, adventure, mystery, and a fast-moving, engaging plot. Really fun, well-written read. There are virtually NO typos in this book, which I always appreciate. Branded is the first in a trilogy. Part two, Stranded, is already out. I haven't had a chance to read it yet but I'm looking forward to it. 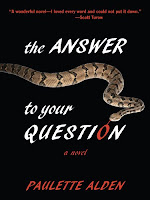 The Answer to Your Question by Paulette Alden

Adult Thriller. I got this as a freebie as well, again not expecting much. I knew from the first chapter that I'd like it. It has kind of a creepy feel to it, and the story is very compelling. I read it in one sitting. It's set in 1968, and there are a couple of problems with 21st-century-sounding dialogue, but it doesn't take away from the story. Worth the read, for sure.


And that concludes another edition of Indie Gems. Stay tuned for more.

Congratulations to Rysa Walker and her book Timebound, the Grand Prize Winner of the 2013 Amazon Breakthrough Novel Award contest! YA rules! Best of luck to you, Rysa.


Seeing this announcement this morning made me a little nostalgic for this day last year, June 16, 2012, when I was in Seattle for the 2012 ABNA ceremony. Since then, a lot has happened and changed for me: In July 2012, I published my first two books. In August 2012, I signed with my agent. I also wrote another book.

And something unexpected happened too. I met five people in Seattle, authors like me who I like to refer to as my ABNA peeps. A year later, the six of us still keep in touch and we all support/commiserate/cheer each other on in our writing endeavors. Regina, Alan, Chuck, Brian, Casey...I feel privileged to have met you all. Does anyone want some gravlax? (Yes, we even have inside jokes).

It's been an amazing year since my ABNA, and I can't wait to see what's around the next corner.

Posted by Rebecca Phillips at 10:29 AM No comments: 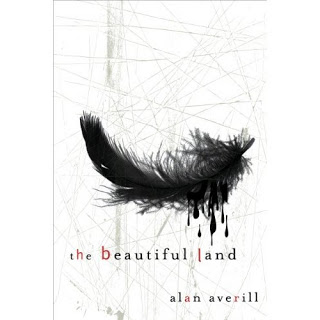 Congratulations Alan. I wish you much success!
Posted by Rebecca Phillips at 8:26 AM No comments: