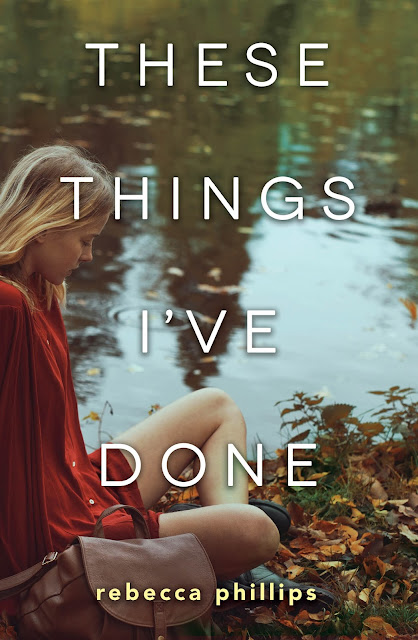 Posted by Rebecca Phillips at 4:53 PM No comments:

It started back in August 2014, when I received this email (reposted here with permission) from my friend Cara, the talented author of the amazing Sententia series and fellow ABNA alum:

My first response? I loved the idea, but I wasn't sure if I could write something so dark and heavy. Then I thought about it. Then thought about it some more. Ideas took shape. A lot of brainstorming occurred between Cara and me. And suddenly, I had an outline. It was happening. This would be Dara's story, like Cara said in her email (backstory: a little while before this, she told me she wanted to have a main character named Dara, but it was too close to her name, so maybe I should use it instead. I promised her that my next main character would be Dara).

So I created Dara Shepard, a girl struggling with guilt. And Aubrey, the best friend she accidentally killed. And Ethan, Aubrey's younger brother who, after a year away, Dara returns to and discovers he's not the same boy she once knew. I decided on a format--non-linear with two separate timelines: sophomore year (past tense), which leads up to the tragedy, and senior year (present tense), which takes place over a year after the tragedy occurred. Two separate storylines, before and after, weaved together.

TTID is the most challenging book I've ever written. It was the first book that made me cry. I ate, slept, and breathed the characters for months. They never left my head. When I finished I cried again, because I was so happy to be done, and also because I knew I'd miss the characters. Never had I been so invested in a manuscript.

I hoped it would someday pay off.

Fast-forward to January. My agent called to tell me we had an offer. A wonderful two-book deal with HarperTeen. It was lunchtime, I remember, and I'd been eating soup when Eric called. My soup got cold. I don't recall everything Eric said on the phone. I think he cried (he's kind of famous for that). I remember writing down the deal details on a piece of paper for my husband while I was talking. I remember having to sit down as Eric described this amazing offer. I remember crying and hugging my husband when I hung up. It was probably the best phone call I've ever gotten. I never did get back to my soup.

Now, finally, I can show you this:

A lot of people worked hard on this book, but I'll never forget how it all started. Cara and her email. None of this would be happening if it weren't for her, and even though I've thanked her repeatedly, I feel like it's not enough. So once again: Cara, thank you, Thank you for the idea. Thank you for helping me flesh out the story. Thank you for critiqued it for me, and for assured me that I did it justice. Thank you for Dara.

Also, none of this would be happening without my amazing agent, Eric Smith. Thank you so much for loving this book and agreeing to take on little old me. #TeamRocks rules!

Posted by Rebecca Phillips at 11:06 AM No comments:

ANY OTHER GIRL is here!

I heard there was a big snow storm a few days ago for some of you. Maybe beat the winter blues with a light, breezy, romantic, summer-on-the-lake book? 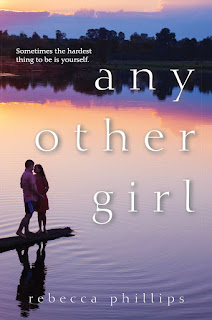 This novel was a complete joy to write. I hope you all enjoy your time with Kat and her wonderful dads as much as I did.


ANY OTHER GIRL is now ready to buy and read:

If you happen to see my little book in the wild, I'd LOVE to see a pic!

Posted by Rebecca Phillips at 8:03 AM No comments: