Like most young adult writers, I write YA because teenagers fascinate me. One lives in my house (my 15 year old daughter) and I study her and her friends like they're some kind of exotic, unpredictable creatures in the wild. I've been told more than once that I have an "authentic teen voice", and while that pleases me, I also wonder why I can pull it off. Because I never grew up? Because I'm still a teenager inside? Because I remember the conflicting emotions and the feeling of first love and the confusion of trying to find my place in the world?

Still, I do struggle sometimes to identify with the 21st century teenage girl. I was sixteen years old in 1993. A lot has changed in twenty years. In 1993, we didn't go around with cell phones (they were probably the size of a laptop at that point). We called each other on the phone. We didn't text...we wrote notes and passed them under desks while the teacher wasn't looking. We didn't constantly take pictures of ourselves making ridiculous faces. We didn't have Facebook or Twitter. There was no such thing as cyber bullying. There was no Lady Gaga. Music was angsty and grungy and people wore flannel shirts and combat boots and worshiped Kurt Cobain. And it was pretty awesome.

So what else do I do to familiarize myself with the modern teenage girl? I google stuff like cell phone rules in high schools. I eavesdrop on conversations. I watch Degrassi: TNG and enjoy it more than a grown woman should. I devour YA books and take note of how other writers do it. I remember myself, way back in the ancient days of 1993, and include just a tiny piece of that girl in each of my characters.

Minus this, of course: 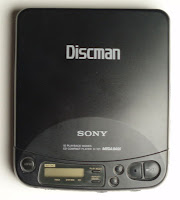